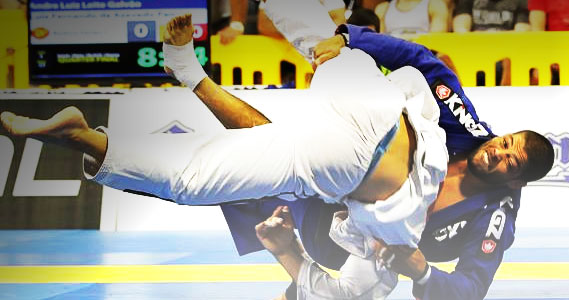 Fantastic day at the 2014 World Jiu Jitsu Championship, also known as the Mundial. The black belt divisions were on fire and, as predicted by many, this was one of the best Jiu Jitsu ‘Worlds’ in recent history, with plenty of submissions and fast paced fights.

The ‘flavour of the week’ technique that stood out the most this year was the lapel guard(s). This seems to be a hot topic in the sport, with Keenan Cornelius and Braulio Estima leading the way. Another surprising turn of events were the disqualifications of Guto Campos and Cornelius, both high profile competitors with real chances of reaching a gold medal, who missed that chance due to controversial disqualifications. Below are the results of the 2014 World Jiu Jitsu Championships, men’s Adult Black Belt Categories.

Detailed results of all the fights in the absolute division:

Pena: Michelle Nicolini (Checkmat) beat Tammi Musumeci (AOJ) (13×6 – At the end Nicolini broke Tammi’s arm with an armlock, Tammi showed tremendous heart and did not quit, one of the ‘wow’ moments of the tournament)