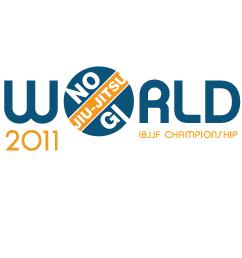 Though the BJJ Nogi World Championship does not have the glamour or the fame of its gi twin brother or the ADCC (and it isn’t as filled with talent either), it does prove to be one of the top competitions on the Brazilian Jiu Jitsu competitions calendar. The event occurred on Novermber 5th at the California State University in Long Beach, CA. Some of the top competitors in the world gathered for IBJJF’s biggest Nogi event and the grappling community observed carefully the likes of João Assis (Checkmat BJJ), Caio Terra (Gracie Fighter), Davi Ramos (Atos/Top Brother), Vitor Estima (Gracie Barra) and many others.

The 2011 edition of the Nogi BJJ Mundials black belt divisions did suffer from the lack of some of the sports bigger Nogi star, fighters like the Mendes brothers, Baret Yoshida, Jeff Glover and many others like them, but there were fantastic matches in all categories (even many of the blue & purple belt matches were quite impressive). Here are the results of all the male adult black belt divisions in the tournament.