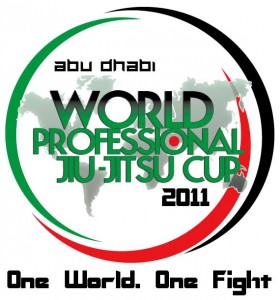 “Wow” would not begin to describe the 2011 edition of the World Professional Jiu-Jitsu Cup. The tournament, organized in the U.A.E., has risen fast in importance and is already regarded as one of the top tournaments in the BJJ calendar with many big names of the sport dedicating a considerable amount of time to compete in the trials for an opportunity to shine in the finals and a chance to get their hands on the $30,000 of the absolute prize money ($8,000 in the normal weight classes). This year the surprises were immense, as Alliance (arguably the strongest team on the planet) failed to place one single soldier in the finals, being the most jaw dropping moment the one when World Champion Michael Langhi lost to Leandro Nascimento. But for more details, here are the results:

Augusto “Tanquinho” had a field day with the Atos crew. The team from Rio Claro has cleaned out the featherweight division in recent competitions, but this time it met an Augusto Mendes “on fire” that managed to win against none other then 3 Atos athletes (Ary Farias by 4-2, Guilherme Mendes by 2 advantages and Eduardo Ramos by 1 advantage).

Leandro Nascimento was the big name of the competition as he defeated Michael Langhi (who hadn’t lost a fight for 3 years) by taking the back, final result 4-0.

The other finalist was the veteran Celso Vinicius, who had a tremendous battle against Rubens Charles (who decided to come out of retirement at the last minute after an invitation) and ended winning by judge’s decision and later defeated “Durinho” Burns by a decision in the last minutes of the fight.

The usual suspect Claudio Calasans defeated Alan do Nascimento to advance to the final and face another surprise of the tournament was Vinicius Corrales that defeated Romulo Barral (by 6-4). Romulo came to the competition after a long absence due to surgery.

Another shock surprise in this category as one of the favourites, Bernardo Faria got submitted by Antonio Carlos Junior (triangle/armbar). Junior, however, didn’t make it to the final which will be played out by Rodolfo Vieira and Bruno Bastos.

Lucio “Lagarto” managed to pull another upset, showing that his time spent with Roger Gracie has done him a world of good. Lagarto managed to defeat Xande Ribeiro and the power house Jose Junior.

On the other side, the young blood Marcus “Buchecha” defeated Antonio Braga Neto with a footlock, moving on to avenge his master against Caio Alencar (Alencar had defeated Cavaca in the previous round).

As it has become an apanage in this years competition, another major surprise in the absolute weight division as a retired featherweight became it’s first finalist. Rubens Charles Cobrinha defeated Claudio Calasans (4-2) in the quarter finals and beneficiated from his team mate Bernardo Faria letting him pass to the final (the pair was due to meet in the semi’s).

Rodolfo Vieira continued to prove that he is in excellent shape taking the other slot in the final. He submitted Michael Langhi (armlock), noving on to Romulo Barral who allowed him to advance. Rodolfo then met Tarsis Humphreys (winner of the competition in 2009) defeating the former champion by 5-2.

Unlike the male division, the women had their usual suspects (Luanna Alzuguir Beatriz Mesquita) reaching the final, though this was the very first time Beatriz Mesquita fought as a black belt.